An alarming new study finds that glyphosate, the active ingredient in Roundup weedkiller, is estrogenic and drives breast cancer cell proliferation in the parts-per-trillion range. Does this help explain the massive mammary tumors that the only long term animal feeding study on Roundup and GM corn ever performed recently found?

An alarming new study, accepted for publication in the journal Food and Chemical Toxicology last month, indicates that glyphosate, the world's most widely used herbicide due to its widespread use in genetically engineered agriculture, is capable of driving estrogen receptor mediated breast cancer cell proliferation within the infinitesimal parts per trillion concentration range.[i]

The results were broken down by the researchers as follows:

These effects indicate that glyphosate is a 'xenoestrogen,' capable of inducing Estrogen Response Elements (EREs) in a manner, slightly weaker but functionally similar to the most potent human estrogen Estradiol (E2). 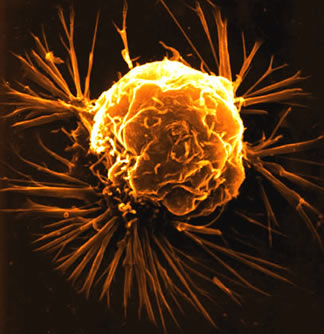 More concerning is the discovery that infinitesimal glyphosate concentrations in the parts-per-trillion rage (10 to the minus 12) had proliferative (carcinogenic) effects on the studied T47D breast cancer cells line:

"In this study, we found that glyphosate at a log interval concentration ranging from 10-12 to 10-6 M increased the cell proliferation of a hormorne dependent breast cancer T47D cell..."

The researchers also discovered that the naturally occurring phytoestrogen in soybean known as genistein, produced "an additive estrogenic effect" when combined with glyphosate, raising the serious question as to whether GMO soybeans are contributing to the epidemic levels of breast cancer within countries like the US where they are consumed in relatively high quantities.

It should be noted that the concentrations used to determine the interactive effects of glyphosate and phytoestrogen genistein in this study were modeled "as in a real world situation" by using information obtained from studies that assayed the respective levels of genistein and glyphosate in GM soybeans, as well as human plasma and urine concentrations following their consumption and/or exposure.  For instance, glyphosate concentrations have been detected within human urine within the 0.1 - 233 parts per billion range on the lowest end, and an estimated systemic dose of 0.004 mg/kg on the high end.

This finding should raise concern about the existence of more than one xenoestrogen such as phytoestrogen and contaminants in plant derived food which may be beneficial or harmful depending on the hormonal and pathological status of consumers. This study implied that the additive effect of glyphosate and genistein in postmenopausal woman may induce cancer cell growth. In this present in vitro study, we showed an estrogenicity of pure glyphosate. In summary, we found that glyphosate exhibited a weaker estrogenic activity than estradiol. Furthermore, this study demonstrated the additive estrogenic effects of glyphosate and genistein which implied that the use of glyphosate-contaminated soybean products as dietary supplements may pose a risk of breast cancer because of their potential additive estrogenicity." [emphasis added]

This finding is relevant to virtually anyone who consumes genetically modified food today. GM crops, which are designed to survive glyphosate poisoning by being genetically engineered with 'glyphosate-resistance" (i.e. RoundUp Ready), are universally contaminated with glyphosate and its toxic metabolite AMPA.  Furthermore, glyphosate pollution and exposure is now omnipresent, with one 2011 study finding glyphosate in 60-100% of all US air and rain samples tested, and another 2012 study finding that glyphosate widely contaminates groundwater, which is the water located beneath the ground surface, that supplies aquifers, wells and springs. It is therefore virtually impossible to hermetically seal yourself off from the growing global environmental threat by only consuming "certified organic" food. The time has come to face the fact that unless there is a systemic change in the way our GM, petrochemically-driven monocultured food production system operates, we will all experience a great deal of harm. 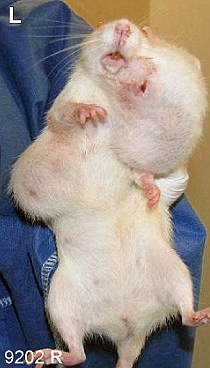 This latest study is not the only compelling evidence that there is a Roundup-Breast Cancer link. In a previous article titled, "Will the GMO-Breast Cancer Link Be Pinkwashed Away?", we addressed the disturbing implications of the first long-term GM and Roundup animal feeding study produced by Gilles-Éric Séralini's research team last November, and which found that after 90 days (the temporal threshold beneath which all previous biotech industry funded GM food safety studies end) the animals began to show disturbing signs of systemic organ damage, failure and cancer. More pointedly, Séralini's team observed that the animals developed massive, estrogen-dependent mammary tumors:

"Suffering inducing euthanasia and deaths corresponded mostly in females to the development of large mammary tumors. These appeared to be clearly related to the various treatments when compared to the control groups. These tumors are generally known to be mostly estrogen-dependent (Harvell et al., 2000). We observed a strikingly marked induction of mammary tumors by R[roundup] alone, a major formulated pesticide, even at the very lowest dose administered. R[oundup] has been shown to disrupt aromatase which synthesizes estrogens (Richard et al., 2005)...  [pg. 9]"

Could the results of this latest study help explain the molecular mechanism behind this finding?